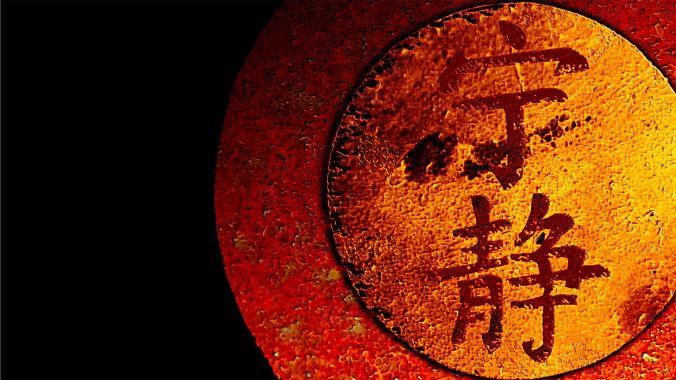 Okay, here it is. For the uninitiated, Firefly was a little TV series that ran on Fox for all of a half a season before being unceremoniously dumped. I remember seeing a few seconds of the show that I’d heard was “some kind of space western” and dismissing it based on, well, old-fashioned dancing. (Now, of course, I can quote every word of the episode in question.) At the time I wasn’t really aware of Joss Whedon and his repertoire, so I didn’t know it was the guy from Buffy behind the scenes. It wasn’t until the fan base for this beloved and prematurely canceled show convinced Universal Studios to make a feature film that I got into the world of the show, which fans call “the verse.” The trailers for the movie intrigued me, so I started downloading a few episodes to see what it was about. I found that I liked it…really liked it. Then, as years have passed, I’ve found that I like it every bit as much every time I see it. Every summer I do a marathon of the show and I still laugh out loud even though I’ve seen it all I-don’t-know-how-many times. There is no other movie or program or pretty much anything that I find as endlessly entertaining as the fourteen or so hours of this story. So now, without further ado, my review of Firefly and Serenity…

I might as well start with the best thing about the show/movie. The synergy of the cast on this program is phenomenal. I’ve seen several Q&A panels and interviews with these actors and their shepherd, Joss Whedon, and again and again, you get the feeling that they are quite genuine when they say how special working on this project was. There’s a great story about Alan Tudyk, who plays the ship’s pilot Wash, that exemplifies this. When the show was canceled, Whedon told them that it wasn’t over, that he wouldn’t give up bringing the story back to life. Tudyk remembered a moment in the show when the crew had abandoned ship, leaving the captain behind to hope for someone to come along and find him. In the episode, Tudyk’s character, Wash, rigs up an emergency signal to be triggered by a single giant red button so that “when your miracle gets here” the captain could call everyone back. Tudyk ripped the button off the set and left a note saying the same thing to Whedon. And sure enough, when the movie was approved, everyone came back. A cast of nine busy actors reassembled (ha ha, pun).

That camaraderie shows and translates into the best ensemble in all of genre film and television. Whedon is known for odd-ball casts coming together (Buffy, Angel, Dollhouse) but nowhere do his little clans work better. The characters are rich and brilliantly rendered. There are nine of them and I could write a short book about each, so I’m going to have to narrow the scope somehow. Let’s just look at Mal and River. At the beginning of the show, Whedon intended for the captain of Serenity to be completely broken and jaded. As finally executed, though, that’s a low point we don’t see Mal reach until the second act of the film, but the basic arc is still what Whedon envisioned. Mal lost his war and since then his only cause has been chasing his freedom in the shadows of the hegemonic Alliance. Then a girl is brought on board. She’s damaged and on the run from that same government. In the episode “Safe,” when they’re separated from the crew River tells her brother that it’s okay, “Daddy will come and take us home and I’ll get better.” Her brother thinks it is more of the confused ramblings from his sister and feels isolated because their real father has cut them off for challenging the Alliance laws and she doesn’t seem to understand their predicament, but in reality, River understands everything and her seeming word vomit is, as always, meaningful and often portentous. In this case, she’s predicting that Mal is her new father-figure and that he will protect them. The end of the movie closes this arc, as it is Mal and River who are alone on the bridge as Serenity rises above the clouds triumphantly. She is better. He is the father-figure and leader he was meant to be…and they are free.

Seriously, just writing about that moment is moving and it makes me want to watch the movie again.

As a science fiction universe, the solar system of Firefly is rich. Granted, there are quite a few concessions to budgetary requirements. Most planets look suspiciously like California and they all have approximately Earth-like gravity, yes, but beyond these necessary conceits is a powerful backdrop. Inspired by Fallen Angels, Joss Whedon began thinking about the losers in the Civil War and their relationship with the frontier–something lost to contemporary human experience. So he recreated the frontier in a new solar system, with several stars and dozens of planets and moons that have been terraformed to host the human population after fleeing Earth-that-was. The basic truth of the Verse is that we don’t change. A whole new galaxy (not literally, of course; there’s no faster-than-light travel here) awaits us, and yet we repeat the patterns of our past. Inequality still thrives (a form of slavery has even reemerged; imagine everyone on Earth packing up to leave, who would carry the luggage? Enter indentured servitude.) The stories of Firefly rely on very little sci-fi. They’re human stories. Capers and catastrophes abound. The conflicts are human conflicts. No aliens (or Cylons). Even the big reveal in Serenity that relies on some unknown toxic gas that drives men mad is more about how the privileged create their own boogeymen through hubris than about any speculative technology.

That big reveal leads to Mal’s St. Crispin’s Day speech in which he declares that their enemies, the powerful Alliance, “will try again…sooner or later they’ll swing back to the belief that they can make people…better. And I do not hold to that.” Overtly, Mal has always wanted freedom. It’s that freedom he fought for in the war he lost and that he’s sought by skirting the edges of civilization in Serenity. This overt motivation, though, belies a complex interweaving of different statements about freedom throughout the show, leading to that climactic speech in the film. Take the episode “Shindig,” the very one I saw a moment of and didn’t think was worth watching. In the episode, Inara (the would-be love interest) is considering settling down as a dedicated “companion” to a royal a-hole who Mal has accidentally challenged to a duel. “You think following the rules will buy you a nice life, even if the rules make you a slave,” Mal warns her. Both these characters have trouble with the rules of their societies. Inara has walked away from a posh career path as a companion in the “core” worlds of privilege and wealth to be “free,” and Mal, of course, just wants to go his own way. In this scene and throughout, Whedon really asks us to question the nature of freedom: Are all the rules chains? He has even said that one of the freedoms that Mal stands for is “the freedom to be wrong.” In Serenity, with Mal’s big speech, he seems to argue that there’s something inherently wrong in believing that anyone–government, society, what-have-you–can make choices for others. The Alliance tried to make a whole planet “better” and it back-fired in savagery, just as they tried to improve River and ended up turning a brilliant girl into a living weapon on the verge of insanity. So forsaking individual freedom as a priority means embracing corruption. Inevitably, the human spirit is trampled on. Those with power, then, must realize that freedom means releasing control.

Finally, I’ve got to talk about the tenth member of the cast: Serenity. (Not “the Serenity,” just Serenity) One of the coolest things about the production was that the two levels of the ship were built as completely contiguous sets (just next to each other instead of one on top of the other). The ship was a real space for the cast…twice, since it had to be completely rebuilt for the movie. It’s one of the most distinctive of sci-fi spaceships, too. Whedon was obviously inspired by the Millennium Falcon, but he always wanted to create a home for the “kind of people the Enterprise would blow right past.” The touches in the set design, from Wash’s dinosaurs in the control room to the flower pattern painted on the walls of the kitchen to the odd pipe sticking out in the doorway to the cargo bay to the…oh, I’d better stop or I’ll go on all day. Seen in the silence of dead space (nice nod to the laws of physics there), it’s a unique ship (or was, until Prometheus ripped off the exterior design) and when asked which of his fictional universes Whedon would most like to live in, he said, “I love all my raggedy children…but if I could be anywhere, I’d be on board Serenity.”

Why Would I Want to Leave Serenity…10

This will henceforth represent a perfect score on the Helmling-scale of geektastic excellence.

My son and I argue about the addition of voice-over narration as exposition in films. He hates it when I complain about it being a tired and boring story-telling technique. I have to compliment both Firefly and Serenity for how they handle this challenge. In both pilots (Fox stupidly thought the original pilot wouldn’t work and aired the second episode instead; fans of the show didn’t get to see the real first episode until later in the series’ limited run.) the audience is dropped right into the lush world of the series, with clues to orient them to the rules of this fictional universe. For the feature film, the audience needed some kind of explanation, but instead of just having some voice over tell the audience what they need to know, Whedon snuck the back story of the exodus from Earth and the War for Unification into a classroom lesson…recalled in a dream…linked to a holographic recording…really, you’ve got to watch it. It’s brilliant stuff.